My Tirade on Education…and whether it matters or not. 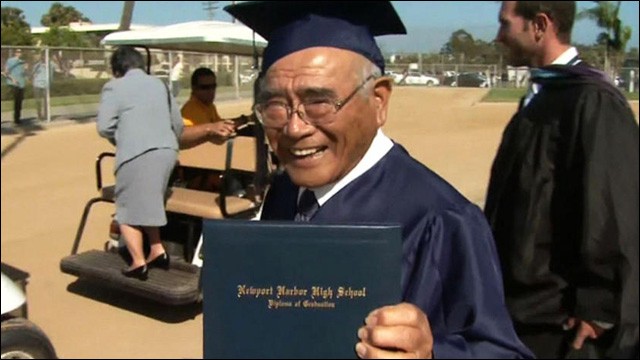 So, my first day attending Liberal Arts Core Foundations class in Brandman University, I was told to free-write about education using this prompt:

“Education is not bucket of shit you fill up. It’s lighting a fire under your ass.”

This is the diarrhea that spewed out of my brain:

“Education sure isn’t a bucket of shit you fill up, but it sure is a light to fire your ass up.  It’s what gets you to think on things you would never think of and allows you to gain perspective on multiple areas of thought such as psychology, philosophy, social issues, political issues, etc. Most extroverted people talk without thinking. While that’s ok in a bar or with friends joking around, not so much when in a formal setting. It behooves you to know what you’re saying and say what you know, and when you know more than 5 areas of a subject, you are better able to elucidate your take on things and explain how you came to those conclusions better. Education can launch you over walls and over those who try to climb with their clumsy words.”

Not too bad when pressured to write for about five minutes and a fair bit of editing. (ok maybe a looot of editing)

Contrived as it may look, Past Me made a point. We don’t go to school with the purpose of filling our heads full of knowledge and leaving it there until it dries up into a disgustingly crusty, god-awfully foul pile of, well, shit. We light it and throw it at people, fresh, ripe and reeking.

That’s probably not the best metaphor to use, but I’m using it anyway. (hasn’t stopped me so far)

But yes, we go to school to study up on history, sharpen our skills for rhetoric, practice our techniques on discourse and prepare ourselves for the cold, brash, real world.

Or at least we should. Honestly, I wish I should have, when I was younger. This is where I veer off to rail about our broken public education system but, that requires research and that’s too much work. I mean I could just “Google” it but, blech, sifting through ads and SEO-optimized articles that look legit but are really just platforms for right-wing (or left-wing) hyperbole just wears my perpetually tired brain down.

But that’s the dilemma. How to teach that deliberate but non-threatening lesson to the young folk to discuss and debate with civility, rather than fling feces at each other…like figuratively (and sometimes literally). And, for those older types like me who got the lecture late, (or more likely tuned it out then but wish they hadn’t now) it becomes less of a teaching moment and more of an exercise in restraint, or release for the more introverted types.

From personal experience, the whole “not being able to teach an old dog new tricks” thing isn’t true…it’s just takes a lot of time, patience and banging your head on a wall to learn that trick. But, if you don’t mind having a head bleeding on all sides, with knowledge of course, it’s well worth the pain.

Where am I going with all this?

The UNCF slogan of “a mind is a terrible thing to waste,” is and oldie but still a goldie, and applies beyond the African-American community. It’s never too late to get educated to have the cerebral ammo to defend yourself against demagogues that try to persuade the weak-minded to fight and die for their side, and simultaneously dissuade the ill-equipped to avoid the battles altogether, leaving a war won by those you wish shouldn’t have.

Hell, I’m still doing it, and although I might have a concussion…

…what was I talking about again?

This site uses Akismet to reduce spam. Learn how your comment data is processed.

Theme by Anders Noren — Up ↑